Got a few more inches today (in top of the stuff we got on Tuesday). Glad I was able to take a good hour to buckle down clear the driveway, walkway, deck and wood stack area! Also made a fire and cleaned up the kitchen. Work today, play tomorrow!

Got a lot done after work today. Happy Friday, lots to choose to do.

Had a Saturday of play, trying something new, reuniting, yard work and chill out.

This morning Mike and I volunteered with the NH Life is Good Playmakers at the NH Foster Care Event at Spaulding Youth Center…saw a couple kids I knew. 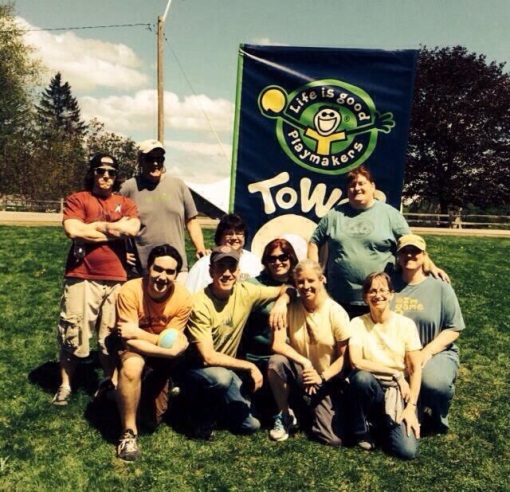 We went to Hungry Buffalo, a restaurant of the Healthy Buffalo in Louden. It was tasty, got the Slider Combo with Bison, Elk and Venison.

We went to the grocery store on our way home and saw our 2nd floor neghbors from our past apartment. It was nice to hear about what they were up to.

Then we watched the last 3 episodes of season 1 of Orphan Black on Amazon Prime . I enjoy this show!!

On Wednesdays I have a Recreation Therapy Play Skills group scheduled in the afternoon for our youngest group at New Hampshire Hospital.

This week the group has been very challenging. It has been made up of six 8ish year old boys (and one girl) with histories of lots of trauma and neglect. Without structure, even free play there is much impulsivity, yelling, crying and even hitting.

Five of the seven kids were available for group today and we decided to head outside and work some Playmaker game magic!

We played squirrels and nuts then transitioned to junk yard dog…it was awesome to watch the collaboration and teamwork take place between kids that typically would have cried and yelled at each other…and the group leaders.

One boy who chose not to run around found a role as a “lookout” to tell the group leaders when the kids were coming out to collect the items.

There was much movement, smiles and laughter by both kids and staff…so good. Life is Good.

I am grateful for happening upon the Life is Good Playmakers. I began my Playmaker journey in December 2012 by stumbling across their website when looking for CEU opportunities. I am so thankful I did!

It is a continuous opportunity to practice my playfulness both at work and in my leisure. Becoming a Playmaker fits so well with who I am, what I believe, what I practice and who I want to be!

I am grateful to the New Hampshire group for their ongoing commitment to hold local, monthly boosters to gather and PLAY! I had blast tonight.

Working as a Recreational Therapist is a blast. I have awesome coworkers, a great schedule, and get to play!

Late in 2012 I was looking for interesting educational sessions to attend. In my googling, I happened upon the Life is Good Playmakers http://www.lifeisgood.com/playmakers/ it has been a great journey so far. In December I applied to and attended the Basic Playmaker Training in Norwood, MA. The first weekend in December, I played with the playmakers!

It has been an amazing experience to learn the commitment the Playmakers have to spreading joyful play to the adults who provide it to our children!

I also learned of our local New Hampshire Playmaker group and I have had a fabulous time playing, learning new games and volunteering! 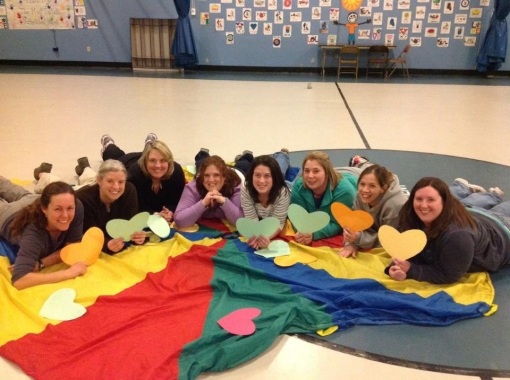 This past weekend we volunteered with folks from the Hudson office and beyond to provide play and joy for the NH Foster Care Month Celebration at Spaulding Youth Center.

I am super psyched to have been invited to attend the 2 day School Age Playmaker Certification in June and have applied to volunteer at the Life is Good Festival in September!